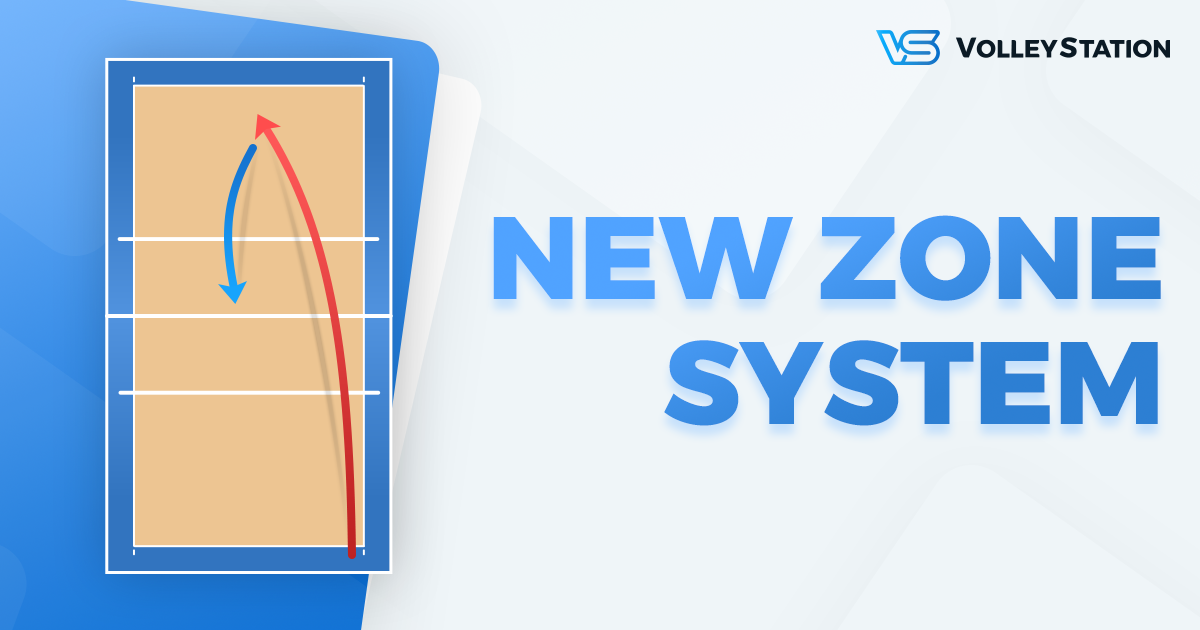 This version is currently being released in phases. We expect to migrate all users before the end of August.

With the release of VolleyStation 1.13 we introduced a new way of coding zones. We call this system real zones, as it keeps zone data for each play in a place you would expect. This is a departure from a certain standard that was used until now, but we believe it will change your workflow for the better. Here are some basic points describing this new system:

In most cases the transition to the new system shouldn’t be noticeable, however if you are an advanced user that worked a lot with spreadsheets, please continue reading to get better understanding of those changes.

Exact meaning and coding of zones

Lets us look now on some code examples and see how they changed between new and old zone system. Most of those changes only apply to matches imported into VS. Matches written in VS were using mostly new zones from the start.

Serve is one of the plays that remains unchanged. This example code:

Reception zones will now be their own correct values, instead of being a copy of serve zones. So in a situation where you had a serve from 1 to 6, and reception from 6 to 3 you will use zones like this

Setting is one of the plays that changed the most. Not only we made it so that the start zone is actually noted in start zone, but we also added support for end zone, if you need it. In new system, setting from zone 3 to 4 will look like this

One important thing that changed in coding itself, is that setting with one zone will interpret it as start, not end zone. So this code:

will give you a setting from zone 3. Setting is the only play where this start zone priority takes place.

Attack, just like serve has not changed in new zone system.

Block is another play, that in old system, had only one zone, and that was a start zone, noted in end zone position. Not a particularly user friendly solution, that we changed to support both zones in their corresponding locations. This code:

Will result in expanded block code as follows

Start zone is set to the opposite of the net zone to attack, and end zone is the zone you provided in coding.

Dig and freeball received the same treatment as reception. They will now feature their own zones, in their proper locations.

Bringing some order and standardisation to zones, will allow us to create more advanced reporting in the future. We now also have an option to assist you better when coding, and the first feature that will use this possibility is zone autofill. Filling zones between plays was something that until now was reserved to codes connected with a dot. From VS 1.13 zones will be filled between all plays, not just those that were dot coded. Consider this example below:

In this example we provided both zones for serve, and start zone for setting. In code below you can see that VolleyStation also filled reception zones for you, automatically.

We hope that zone autofill will be a great help, and save you a lot of time when coding.

Other changes you may have to do

If you are using our spreadsheet system (if you aren’t, see here as to why you should) there may be a need for some small formula corrections. The most crucial place would be filtering by setting start zone. If you used such formulas, then there is a good chance you used a code like this:

This code filtered settings by coded end zone, which was actually a start zone. A byproduct of the zone mess on the old coding standard. You can now safely change it to:

This version, as per usual, features a series of smaller changes and fixes. Here are the most important ones:

Give it a try

Changes mentioned in this article, will be gradually released to all VolleyStation Pro users. If you can’t wait, you can download VS 1.13 from your user panel. If you want to try VS Pro, then please contact us using the link below.